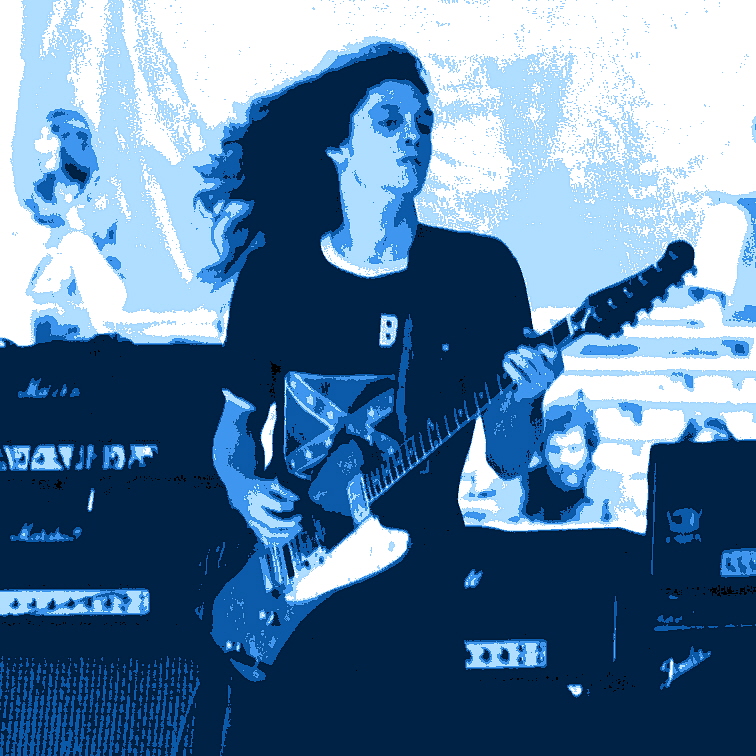 The Allen Collins Band only produced one record. But it’s a winner! I was living in Redding, Ca. when it came out and remember the first time I heard it after walking in to a local record store that had it on. They were playing “One Known Soldier” and I was really blown away. The store sold 3 copies of the record while the song was playing.
I think that this band could have really gone on to do great things had they been more successful with this record. As far as I know they only did one short tour, opening for Molly Hatchet.

When you listen to this Music you will automatically draw the comparisons to Lynyrd Skynyrd due to the simple fact that there are three survivors in the band. That’s not a fair thing to do when listening to this Music though, as it holds a bar up way to high for anyone to jump over.
Jimmy Dougherty cannot be compared to Ronnie Van Zant…Their styles and approach to vocals just aren’t comparable. Dougherty has a good voice and is very articulate. His sound fits well.

Derek Hess and Barry Harwood had been in this band already for years as the Rossington Collins Band and sound great. Randall Hall was Allen’s personal choice to play his parts in the Lynyrd Skynyrd Tribute Band in 1987, which says a lot! Billy Powell is all over this record with his excellent piano work and of course Leon was the Man on the Bass.
This album is very easy to listen to and contains some fine playing and singing. “Everything you need” for a great listen.
Here are some others thoughts on the record:

Review #1-
“Bona fide Southern Rock”
By L. Lawhead “LSquared” (SW Illinois)
June 2, 2004
Allen Collins Band was an offshoot of Rossington Collins Band, which was an offshoot of the original southern rock masters Lynyrd Skynyrd. RCB had all of the surviving members of Skynyrd, except Artimus Pyle (drums). ACB has 5/7 of RCB, replacing Gary Rossington (guitar) and Dale Krantz Rossington (vocals) with Randall Hall and Jimmy Dougherty, respectively. Allen Collins (after becoming paralyzed) suggested Randall Hall as his replacent in the “post-crash” Skynyrd. Bottom line, these guys have the “bona fides”, they certainly know what they’re doing.

I really enjoy this album a lot. All of the songs are solid, with great sound. The songs of the songs are mostly mid-tempo, with a couple of slower pieces. There’s not really any “kick A**” songs, no “Free Bird”, no bar-fighting music. There’s not really any “blistering guitar”, but there is a lot of guitar, and plenty of licks and fills. The songs stick in your head, and the lyrics are an improvement over some of the RCB songs. Think of Skynyrd’s 4th album: “Gimme Back My Bullets”. If you like that, you’ll like this. Billy Powell’s piano is particularly evident, he remains one of the signatures of the Skynyrd sound, and it’s various offshoots.

Allen Collins co-wrote 4 of the 8 songs here, including the standouts “One Known Soldier” and “Chapter One”. This is more than any of the Skynyrd albums, except “Gimmie Back My Bullets”. Jimmy Dougherty is fine as a singer, if not outstanding. He’s not as “gruff” as either Ronnie Van Zant (Skynyrd) or Dale Krantz (Rossington Collins Band). His style fits the songs though.
Long after it’s release, “Here There and Back” remains one of my favorite southern rock albums. Yet I never heard anything about it when it came out. I just happened across it in a record store several months after it’s release, and snapped it up because of the Skynyrd lineage. It remains one of the great discoveries in my collection. If it had received any publicity at all, it would probably have been much better known.

Review #2-
“Excellent Southern Rock”
By Lefloater
October 24, 2005
This CD happens to be an excellent combination of vocals, crystal clear guitar and drums. One can readily hear the influence of Lynyrd Skynyrd thanks to Allen Collins. And, yes, I too have been to several of Skynyrd’s concerts, and this CD just illustrates the influence that they had through Allen Collins.
If you want to hear some great music, you can’t go wrong with this CD.

Review #3-
“Anytime, Anyplace, Anywhere”
By William Walters (West Palm Beach, FL)
December 2, 2007
This is a VERY rare LP. I had a chance to see Allen Collins perform this record in North Carolina in the early 1980’s. It was one of his first live performances outside of playing with the Rossington Collins Band. The album suffers from poor vocals but the unmistakable AC guitar dominates the album. I have the tour T-shirt and was able to meet the band and get autographs since so few people showed up for the show (with the Outlaws). As far as I know this was the first live performances of Skynyrd standards such as ‘That Smell’ and ‘Gimme Three Steps’. The album, like I stated, may be disappointing to some but a real keepsake to die hard Skynyrd fans. If it every becomes available I will buy it in a heartbeat and suggest all Allen Collins fans do as well. Classic Southern Rock at its best!!

Review #4-
“Here,There,and Back”
By Gary Pierce “Southern Man” (Northeast Tennessee)
July 30, 2007
This record is the best of the Lynyrd Skynyrd solo artist. It has Allen, Billy Powell, Leon Wilkerson and future member Randall Hall. I have all of the solo records and this one sounds the most like Skynyrd. Allen plays some of his best guitar work and Billy is featured even more than with Skynyrd. Thank You Allen for some great music.

Review #5-
From: rehtakul
May 14, 2004
Although it’s true that the blistering guitar work Allen was known for is not here, this is still a very enjoyable CD. In my opinion, one of the better ‘post Skynyrd’ releases. Much in the same style as the ‘Alias – Contraband’ album. As stated, no blistering solos here, but every solo is as tasty as can be. In addition, Billy Powell has some fine moments, adding a little more of that old Skynyrd feel to the album. This is long out of print, but worth tracking down. It stands the test of time.

The band’s name was originally Horsepower, but executives at MCA (whom the band released their only album through) wanted a name that would make the band stand out. So, the band was re-christened “The Allen Collins Band.” Most of the band members carried over from RCB, with the exceptions of Dale Krantz and Gary Rossington, who had both married and decided to raise a family. Jacksonville guitarist Mike Owings joined The Allen Collins Band in 1984, and wrote several unreleased songs with Allen Collins, and he later went on to play guitar in Molly Hatchet (1999–2000).

WITH THE ROSSINGTON COLLINS BAND:
1979 Anytime, Anyplace, Anywhere
1981 This is the Way 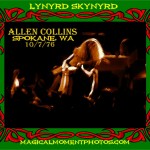