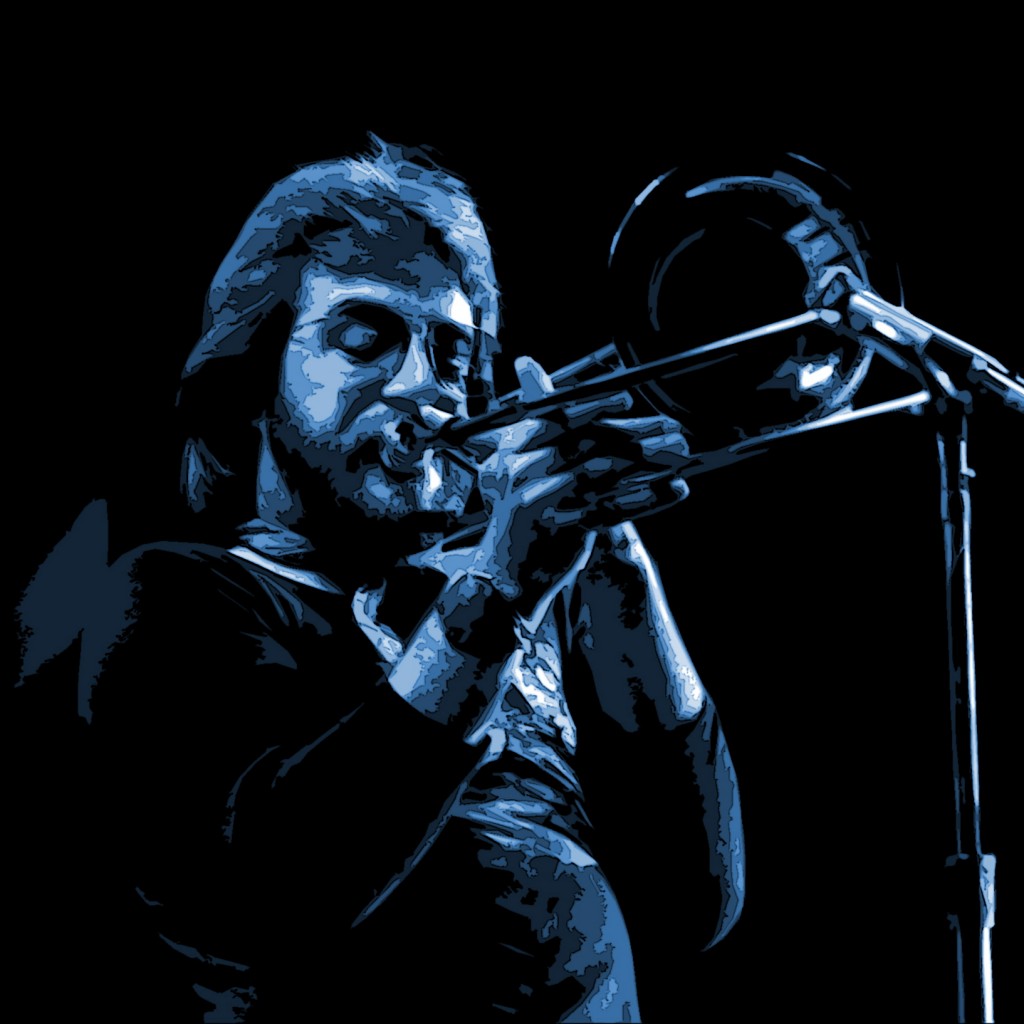 Chicago, an eight-man group without a superstar member, is itself a star. Concerts sell out. Records go gold. Every album is gold and the ninth one, “Chicago’s Greatest Hits,” is estimated to have sold about three million copies.

It became the No. 1 bestselling album in December, was #2 in January, #4 in February and in March was still sliding very slowly, from #7 to #9. Two singles are gold also, “Just You ‘n Me” and “Saturday in the Park.”

Chicago has its original members plus one added later, Brazilian percussionist Laudir de Oliviera, its early benefactor James Guercio,
who has produced all the records, and its original record company, Columbia, an unusual history for a rock group.

Chicago got together, in Chicago, to play something now called jazz rock. Then its members knew they wanted to play rock plus horn arrangements. Some had gone to DePaul University and Robert Lamm, who acts as group spokesman and plays keyboards and sings, had gone to Roosevelt, across the street. Lamm writes about 60 per cent of Chicago’s tunes and is the only one who has made a solo album “Skinny Boy,” Columbia.

Guercio had left DePaul to play classical guitar, manage Chad and Jeremy and the Buckinghams and write songs for both. “We were playing clubs in the Midwest,” Lamm recalls, “and Walter and Terry called Jimmie in New York and said he should hear us. He heard us in Niles, Mich., and liked it and signed us up.” Other group members are James Pankow, Daniel Seraphine, Lee Loughnane, Walt Parazaider, Terry Kath and Peter Cetera.

Lamm also recalls where Chicago was when it heard the first album by Blood, Sweat and Tears, which also had formed to bring together jazz and rock. “We were playing Milwaukee, this pretty big show club, where we got fired. By that time we had enlarged our repertoire and were doing arrangements of Jimi Hendrix tunes with brass. At one set there were a couple of businessmen in the club and the owner came up and told us to play a couple of slow tunes. We did ‘How Could I Be Such a Fool?’, which is really nice, in three-quarter time, by Frank Zappa. The owner freaked. He wanted ‘Moonlight in Vermont’ or ‘Misty.’ He came up and started yelling.”

With that incident recalled by the mention of the first Blood, Sweat and Tears album, Lamm says, ‘ “We were impressed by It. We were relieved that they were nothing like us, so no problem. We were perhaps a little disappointed a brass band combining jazz with rock had got recorded before we had a chance to. We knew we were going to record. It turned out to be a year and a half away.”

Guercio moved Chicago to Los Angeles, put them in a house and paid the rent, gave each member $35 a week spending money and took care of big bills for a year and a half. “He put up, and here we are,” Lamm says. “It’s a lot because of him. More than being a producer, he has been a friend. It gets to be complicated doing business with somebody who is your friend and who helped you, but the relationship has survived.” It’s also difficult sometimes for musical group members to get along. Lamm attributes Chicago’s success there to “everybody in the band really being like brothers and being an uncle to each other’s kids. Personally and musically, we’re a family.”

When they got lo Los Angeles, Chicago began performing. “We wound up as the house band at the Whiskey a Go Go on Monday and Tuesday nights. That was an important place for up-and coming groups to play. The owner was from Chicago; that may have helped.
“Jimi Hendrix came to see us. Kath was his favorite guitar player. That was our first tour, opening for Jimi, for $750 a night for the group.”

The first album was released jn 1969, “The Chicago Transit Authority,” then the group shortened its name to Chicago and albums since have been entitled “Chicago,” “Chicago III,” “Chicago at Carnegie Hall,” then all the rest have numbers. “Chicago/IV” doesn’t sound as dated in later years as if some catch phrase of that time had been used, Lamm says. Albums now are made at Guercio’s Caribou Ranch in Colorado. “Chicago X,” made there, will be released in April.