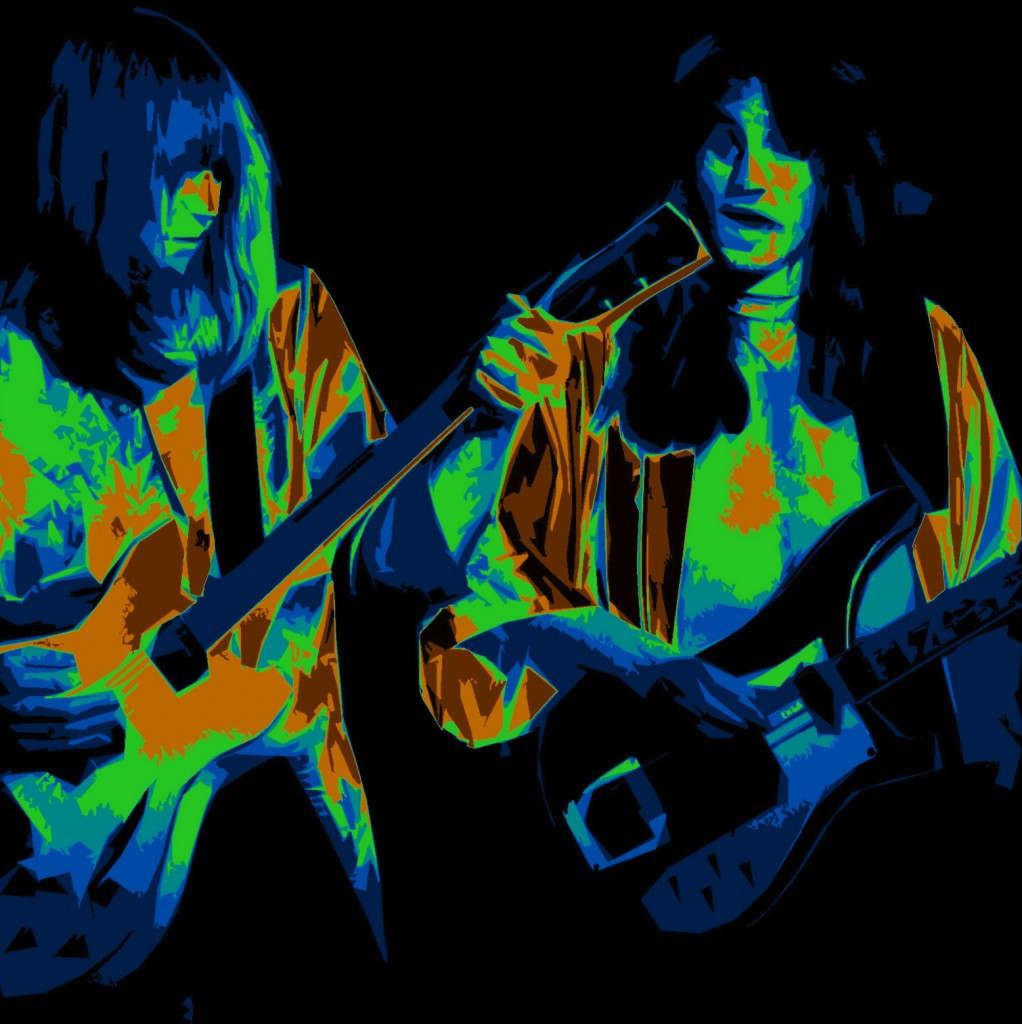 “Our music tends to be epic in proportion” says Neil Peart, drummer of the Canadian hard rock trio Rush “We think big and reach high.” “I have nothing against short songs, but having to write short becomes an external limitation. You should think big if you have a big idea.”

Alex Lifeson plays guitars Geddy Lee sings and plays bass and eight-voice synthesizers he operates with his foot. Peart says, “I have a toy box of different percussion effects “When we’re writing, we make sure the instrumental changes can be physically done. That’s a good limitation.”

When they’re performing, Peart says, “Most of our show is spent with our noses to the grindstone; there’s less jumping around and smiling. You have to concentrate at an intense level as things get more technical.”

A lot of rock critics who formerly didn’t like them, now do, Peart says, because their music has improved. This doesn’t include Rolling Stone magazine, which said “Rush’s patented sledgehammer epics try to mesh mystical, literary lyrics with elaborate rock ‘n’ roll suites but they only succeed in turning everything into heavy metal sludge.” It mentioned “Free Will” as an exception, “the punchiest, most straightforward rocker on ‘Permanent Waves,’ ” and added. “Also, it’s hard not to be impressed by the fact that only three musicians can create such a massive, leaden sound.”

Audiences look to be mostly 16 and 17 year-old boys. The group was formed 11 years ago and Peart says. “Was turned down by every record company in Canada at least once. The management raised money and recorded the group on an independent label. Moon. It was a last resort but a good resort. That got some sporadic airplay and attracted the attention of Mercury Records.”
Rush Signed with Mercury in 1974 and Mercury issued the album, “Rush” in the United States. “I wasn’t on that album,” Peart says “I joined on its release. I was on the first tour and everything.”

Peart also became the Rush lyricist “I’d written two songs long ago. Kind of stabs at it, then forgot about it and went on drumming. “I’d always had a fascination with words since I began to read. I’m a voracious reader. I thought why not write lyrics. Neither of them were interested in writing them. I got into it, began shooting my mouth off.”
As far as the music goes. Peart says, “I’m able to contribute rhythmic ideas, which is satisfying to me It’s fulfilling enough on a personal side being involved with lyrics. Being drummer at the same time is not only fulfilling, but over the top.”

He adds that he thinks Rush has a good chance of going on together for more years because, “We’re pretty much the same in terms of abilities and we grow at the same pace. I’ve been in bands where one is better than the rest and that leads to difficulties. “We share fundamental values, too, which gives our relationship continuity and sincerity ” And their ages are about the same — Peart 27. and the other two 26 — but he doesn’t think that’s an important factor among musicians.

This year Rush has toured from mid-January to mid-June but sometimes, Peart says, they’ve toured for eight or nine months. They finished an eight-month tour of Canada, the United States and Europe in June of last year and took the first vacation in a long time. “We went home and stayed there, puttered around and led a normal life.
We all have families. You recapture your home life. All that takes time and it’s worth it. You want to make sure those things balance in your life as well. We’re not interested in being martyrs.”

Then they met at a small farm to put some music together “I hid a lot of phrases and potential titles. We arrived fresh and creative We weren’t so relaxed we couldn’t get fired up again. We were ready to get back into action. “We were able to work more quickly and comfortably than we had done in the past, when we’d rush nght into a studio after a tour and compose, rehearse and arrange everything and make it sound like we’d been playing it for six months. “That works. I’m happy with some of the things we’ve done that way But it’s not a proper way to do it “We did a short tour to get us in shape to go in the studio. Half the new album was being played every day for that time.

“So, it was much easier, to record side one than side two. As far as the listener goes, I don’t feel there’s a difference in the two sides. One piece, ‘Natural Science,’ was created entirely in the studio. I think it’s my best lyric writing and one of the best musically I love playing it every night.”

When Rush started in the United States, Mahogany Rush, a trio from Montreal, also was starting. There was some confusion, which has disappeared, Peart says. The name of the new album, “Permanent Waves,” refers to the album cover. In black and white, like the old movies the group likes, it’s an attempt to be a bit humorous A girl is
walking across a street, “unbothered by cataclysmic events taking place around her.” She has a permanent wave. There’s a tidal wave. A man is waving. Across the picture runs the wave of an electrocardiogram. Peart says, “We were thinking of the press calling the music ‘old wave.’ It’s like: how many birds can you find hidden in this drawing’…

“A lot of our records have been thematic and metaphorical in the past. In this one the work is serious and strong and sincere, presented in a more lighthearted package It’s a conscious and subconscious attempt not to take ourselves so seriously.”