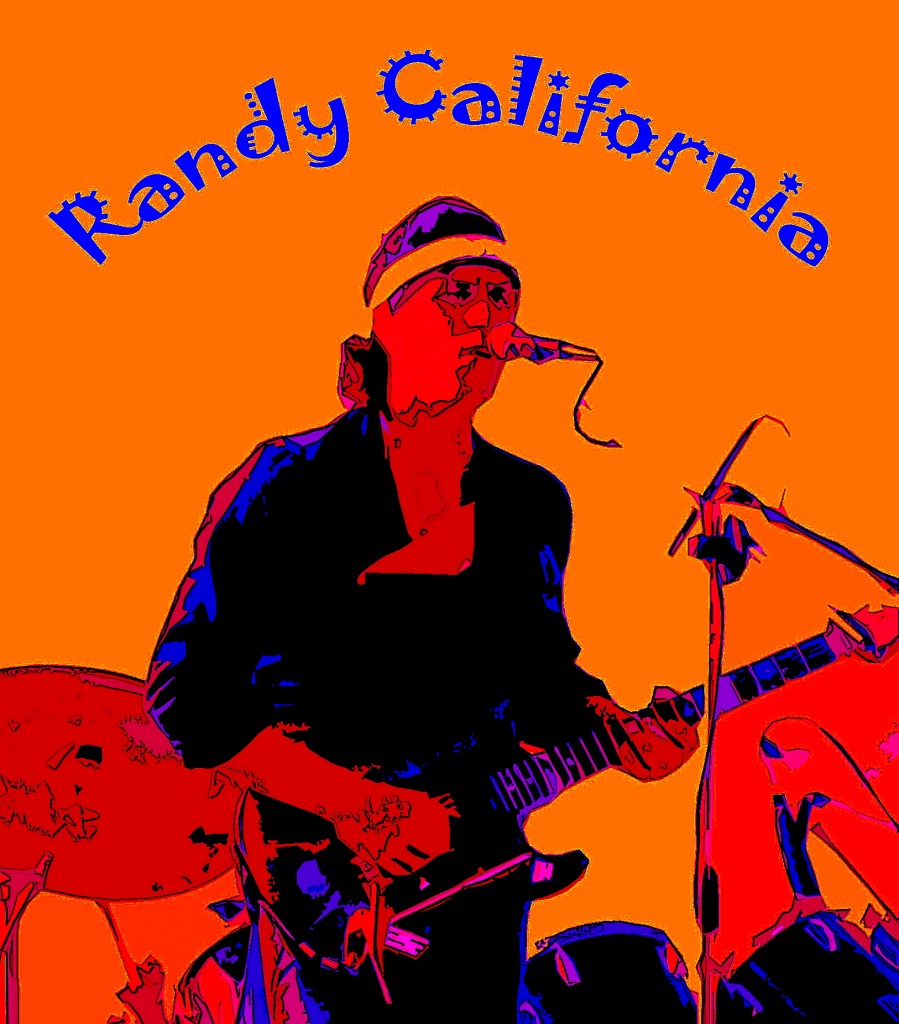 Back when one could say such things without being scoffed at, guitarist Randy California announced, “Music is our form of communication and love with the universe.”

Even in the heady days of 1968 such a statement might have been hard to take, except that California’s band, Spirit, backed it up with exceptional music that fans tended to describe in terms of magic rather than musical style.

One of the most innovative pop groups of an era bursting with innovation, the five-piece band took diverse influences — including modern jazz, blues, classical, country and rock — and produced seamless, hyphen-defying music ranging from the buoyant hit “I Got a Line on You,” the underground classics “1984” and “Mechanical World” to live explorations of John Coltrane tunes.
California, then in his late teens, was central to the sound, writing and singing much of Spirit’s best material, and coaxing both Hendrixian fuzztone explosions and hushed Wes Montgomery like octave lines from his budget Silvertone guitar. Since the band split in 1970, California and drummer Ed Cassidy have retained the Spirit name and ethos, while other founders Jay Ferguson, Mark Andes and John Locke have moved on to less idealistic pursuits: writing commercial jingles, playing bass with Heart, and doing studio work in Montserrat, respectively.

Though hailed as a musical genius in Europe, where he still plays festivals and there are Spirit appreciation societies, California and his present band (Cassidy, keyboardist Scott Monahan and bassist Dave Waterberry) haven’t found the financial security of the ex-Spirits. On a U.S. club tour that concludes at the Coach House Saturday night, California claims he finds other rewards. “I have to look inside myself and say ‘What music is going to make me feel good — and everyone in the band feel good — while we’re doing it?’ And if that music becomes popular, all right. If not, at least we can feel good about what we’re doing. There’s no other choice for us.”

California began playing guitar at the age of 5. His uncle owned LA’s legendary blues-folk Ash Grove club, and many of the musicians playing there — including guitar greats Lightnin’ Hopkins, Doc Watson, Mance Lipscomb and Clarence White — would stay with his family and give him lessons. One frequent Ash Grove act was the Rising Sons, one of America’s first white blues bands, which featured Ry Cooder, Taj Mahal and Cassidy.

Cassidy fell in love with California’s mother and they married. Soon after, he began playing with the Red Roosters, a 1965 garage band that later grew into Spirit, making Cassidy and his new stepson perhaps the first father-son act in rock. Given rock’s rebellious nature, the notion of having dad sitting behind the drums might seem uncomfortable, but California said, “Actually, it was kind of fun. There was a great love and respect between us. We sort of got into rock ‘n’ roll together.”

Though Cassidy had played everything from symphonic music to country since his professional career began in 1939, most of his background was in modern jazz — having played with Chet Baker, Ornette Coleman, Zoot Sims and others. When Cassidy moved to New York for more jazz work, California came along, and found his music’s biggest influence. “I met Jimi Hendrix in a music store and he liked the way I played. He was doing his first gig as a solo artist at a place in-the Village called the “Cafe Wha”, and he invited me to play with him. I was 15 years old and I did that for three months, five sets a night, so he was a pretty heavy duty influence on me.” It was Hendrix who dubbed him Randy California (his original last name was Wolfe) to distinguish him from a Texas-born Randy also in the band. Hendrix was soon discovered and taken to England and stardom by manager Chas Chandler. The 15-year-old also struck Chandler as “a brilliant guitarist,” but California was too young to obtain a British work permit, and returned to LA with Cassidy.

There the pair ran into old bandmate Ferguson at a love-in in Griffith Park in 1967 and Spirit was soon formed. The title of Spirit’s eventual second album was “The Family That Plays Together,” and the group did indeed stay together communally for a time in a large old house in Topanga Canyon. California said, “I think the bottom line of what made Spirit special was the affection we had for each other, the fun that we had when we were together, and the creativity that abounded when we made music together. We didn’t sit down and say ‘Let’s write a hit song.’ We all did our own things, accepted each other’s styles — because we all came from different backgrounds — and we made music that came out the way it did. Everyone had the freedom to do what they felt they wanted to do; then we’d make it fit into one sound that was a culmination of it all “What mattered was the human side of it, that we weren’t just a music machine trying to make money. There was that magic there. This new band, I’m real happy to say, has that same creative feeling and the same kind of affection for each other that the old band had. We can do a sound check, and nearly come up with three new songs just jamming for 20 minutes. That’s what I’ve been looking for, and I think we’ve got it now.”

After residing in England for the past three years, California has moved back to the LA area. He recently released an album in Europe called “Restless” and is working on material for a new Spirit album with his band. Most of the current live set is revamped old Spirit staples, but California — now in his mid-30s — isn’t living in the ’60s, he’d like to see Spirit work with new wave producers Steve Lillywhite and Chris Hughes, and his current musical favorites include U2, Stanley Jordan, Eddie Van Halen and the Dream Academy. 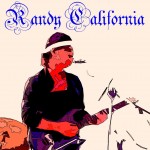