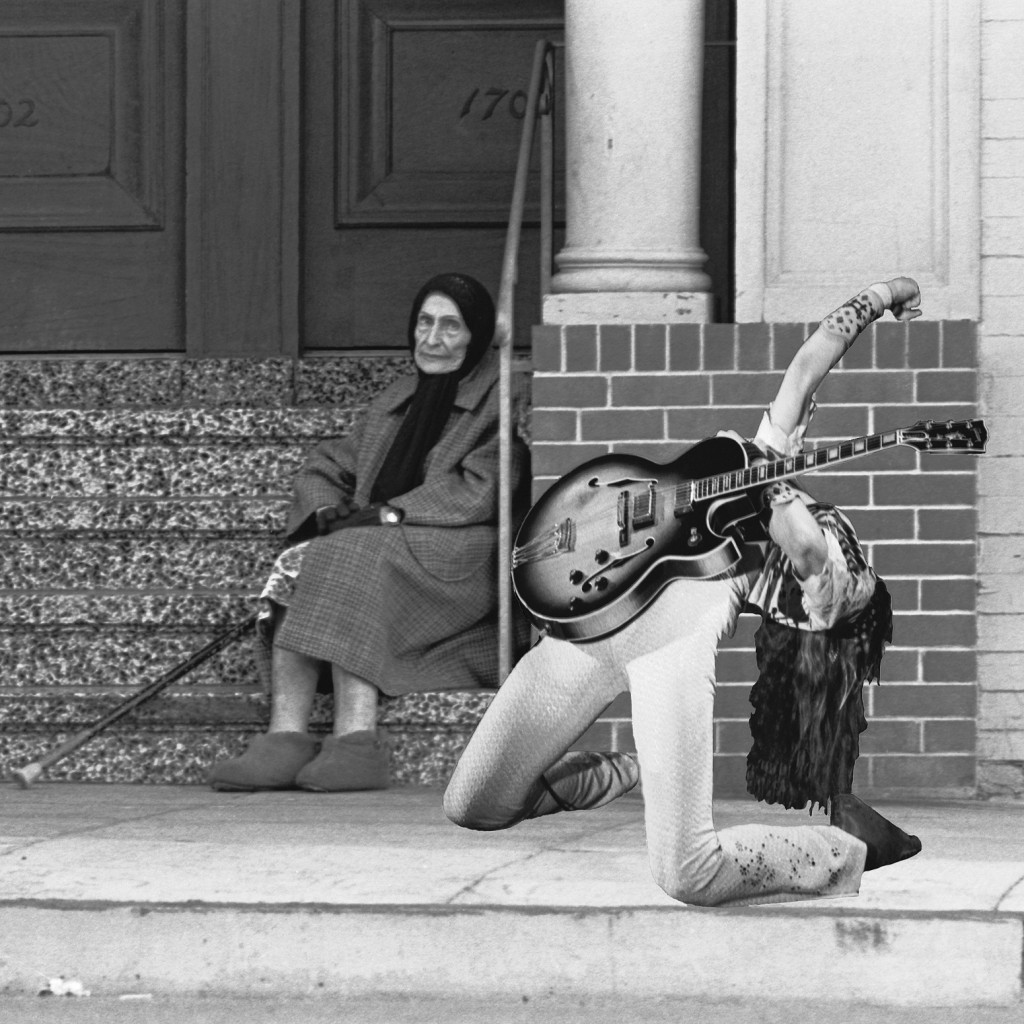 Most rock stars look for groupies, drugs or hotel-wrecking to get out their road aggression. Ted Nugent doesn’t take drugs of any kind, is happily married with a two-year-old daughter, and has a unique solution for relieving tension. En route to a gig in Hammond, he suggests we stop in at an archery range for some target practice. Ted is as famous for his hunting prowess as for his guitar-feedback blitz.

Inside the range, Ted chooses a light 40-pound bow and starts shooting. “The bow is incidental,” he says. “The arrow is the working part. All my arrows are matched to the bow, and all I can do at an archery range is practice my style.” Ted’s style looks good, but his aim is off, and he hits the Bull’s-eye only once while most of the arrows whoosh into the straw backing 80 feet away.
Back in the car on the way In the Civic Auditorium, the Stones’ ‘The Last Time’ comes over the radio. Ted screams, and jacks the volume to its ultimate distortion level while rocking back and forth in his seat. Nugent was a member of one of Detroit’s first punk bands, The Lourds, and he begins to talk about his early days in rock when it still rolled: “There wasn’t a Stones song I didn’t play, and whenever I played one I had at least 14 pieces of gum in my mouth,”Ted recalls with nostalgic punk bravado.”

Ted Nugent, the Motor City Madman (his handle on Citizen’s Band radio), is the ultimate Detroit punk, 10 years on. He is the workhorse of the Midwest, playing 150-200 one-nighters a year over the past eight years. In fact, Ted claims to be one of the founding fathers (and few survivors) of what woutd later become Detroit heavy metal. “The Lourds played never-before-heard-of hard-kick rock ‘n’ roll. If you weren’t into it , it might send you to Nausea City, but, if you were into it, great. I was just a guitar player who was totally obnoxious. My dream was to out-Richard Keith Richard.”

After moving to Chicago with his parents when he turned 16, Nugent formed the original Amboy Dukes in his new home and took the band back to Detroit in 1967. “We recorded ‘Baby Please Don’t Go’ first, which was a minor Midwest hit, and in early 1968 we recorded and released ‘Journey to the Center of the Mind.’ ‘Journey’ made Ted and the Dukes stars; the record reached Top 20 status during the summer of ’68. But it didn’t help the group financially. “You know how much I made off ‘Journey’?” says Ted bitterly. “Not one cent. I went from mismanagement ordeal to mismanagement ordeal, from 1968 up to last year.”

Offstage, Nugent dresses in a flannel hunting shin, blue jeans and hiking boots, and almost looks normal. But… Swaggering onstage after an hour preliminary warmup of solo jamming backstage, he resembles a mad dog in heat. Dressed in a deerskin outfit decorated with feathers made from animals he’s killed on his Michigan farm. Ted is rock’s first noble savage.

CLICK THE LINK BELOW FOR TED NUGENT PHOTOS:
WINTERLAND 4-30-76
and
ARTWORK BY BEN UPHAM III 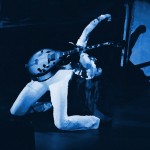 TED NUGENT- “A JOURNEY FROM PALATINE TO CENTER STAGE”