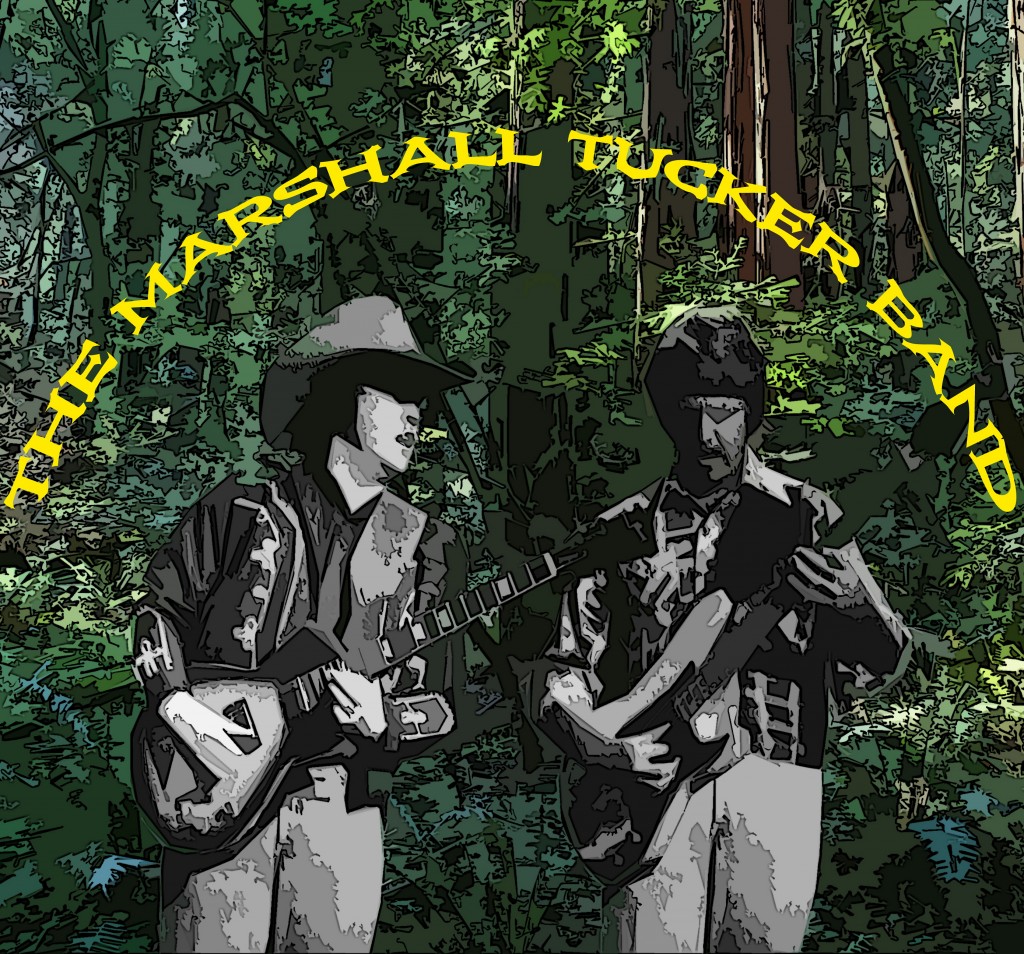 THE MARSHALL TUCKER BAND-
“A NEW LIFE” (1974)
Reviews and Comments about an Amazing Album!

The album cover perfectly sums up what to expect. A horse walking down a path on a high mountaintop and looking down at a few small homes in the fields, with a beautiful and colorful image of distant mountains in the background. It’s not only a fantastic cover to analyze, but there may actually be a few ways to interpret it, too.

Such as… maybe the horse riding high in the mountains is an indication of the bands quick rise to stardom? Or maybe I’m thinking about it too hard and the album cover simply illustrates the beauty and colorful creativity that can be heard in the music.

A New Life is a minor masterpiece and REALLY shows just how much further the Marshall Tucker Band were willing to push the boundaries as far as how far the southern rock formula can go. This album is a drastic step forward from their self-titled debut in terms of songwriting and instrumental variety.

“You Ain’t Foolin’ Me” has a very good verse melody and chorus, but that’s not *quite* what makes this song stand out so drastically. It’s shortly after the 2 minute mark when the song REALLY takes off and confirms (to me, at least) that the Marshall Tucker Band are the real deal. The saxophone solo is incredibly melodic and perhaps this is a total coincidence, but the first few lines of the sax solo totally remind me of a Roxy Music song from their debut released back in 1972. From here, well, images of the album cover noticeably come to mind as the saxophone takes a sudden departure and a dreamy guitar solo elevates the greatness of the song to even higher heights. This instrumental middle section resembles *no* other southern rock band. Not the Allman Brothers Band or Lynyrd Skynyrd. It’s completely unique.

If you enjoy the instrumental creativity in “You Ain’t Foolin’ Me” be prepared to have your socks totally knocked off upon experiencing “Southern Woman”. What starts off as a highly memorable vocal melody suddenly (eventually- 3 minutes later) sends me into total, unexpected shock as a straight up saxophone solo makes a VERY surprising appearance. Unlike in the song I mention above, this particular sax jam actually *jams* for a minute or so, and it sounds completely different from anything any other southern band had ever attempted, before or since. It’s flat out awesome. Perhaps it’s inspired by Van Morrison’s “Moondance” a little bit, but it’s certainly no ripoff or anything.

The title song brings me to tears, seriously. I actually cried the first time I heard it… alright make that the second time (because I wasn’t paying attention to it the first time, for some clueless reason on my part!) The verse melody is another quality piece of writing, the lyrics are touching and meaningful, but it’s the flute jam and the gradual morph into an electric guitar jam that BLOWS MY EMOTIONS COMPLETELY AWAY! There’s quite a few moments of this song that move me emotionally, but the jam takes the cake.

“24 Hours at a Time” is *another* fantastic highlight. I can’t exactly explain why, though. It’s a fairly fast-paced country rocker, but… there’s something special about it that makes it stand apart from the crowd. I think it’s the line “Woman you’re always on my mind, 24 hours at a time, somehow woman I’m hoping you feel the same” that really makes it attractive. Or perhaps the tasteful guitar jam at the end which immediately makes me think of a happy place is the reason for its ability to give me especially strong positive feelings, I don’t know.

“Fly Eagle Fly” ends the album on a fairly quiet note with a softly written track. It contains innocent lyrics and an attractive vocal melody, and not much else. Honestly it doesn’t need anything else.

I really hope you pick up what I consider a masterpiece in southern rock. I’ve had people tell over the years how much they dislike the southern rock genre. It’s honestly nearly impossible to hate THIS album, in my opinion. The arrangements are constantly beautiful and always played tastefully, and the amount of sincerity in both the vocal melodies and the lyrics is simply hard to ignore. Find a way to hear this album.

I believe that this album, along with “Eat A Peach” by the Allman Brother Band, are the essential “Southern Rock Albums”. Tuckers sophomore album captures the spirit of the early 70s southern rock movement better than any other album. From the jazzy Southern Woman to the incredible Another Cruel Love, Toy Caldwell’s songwriting was never better. You Ain’t Foolin’ Me might be the purest “anthem” song that Marshall Tucker was so famous for in concert. The best album by maybe the most underrated live band ever.

Review #3-
By Thom Jurek
Perhaps the only reason that New Life isn’t quite as memorable as its self-titled predecessor is that the band’s debut was just so startling when it appeared. By the time New Life was issued in 1974, to the band’s credit, it seemed like the Marshall Tucker Band sound had always been a part of America’s rock & roll scene. New Life is earthier than the first album, and country music is less layered over by the trappings of jam-band rock. “Blue Ridge Mountain Sky” is only eclipsed by Dickey Betts’ “Ramblin’ Man” as the ultimate road song from the period. Likewise, the pedal steel blues of “Too Stubborn” echo an earlier era altogether, as the ghost of Bob Wills comes into Toy Caldwell’s songwriting. The whining guitars and lilting woodwinds of the title track bring the jazzier elements in the band’s sound to the fore and wind them seamlessly into a swirling, pastoral country music. The Muscle Shoals horns lend a hand on the Allman Brothers’ Brothers and Sisters-influenced “Another Cruel Love,” and guest Charlie Daniels’ fiddle cooks up a bluegrass stew on “24 Hours at a Time.” The sound is fantastically balanced and warm, and like its predecessor, this album has dated very well.

OK. I realize people will disagree with me on this, and that’s fine. I have worked as a DJ for 35 years now, listened to a lot of music, and hopefully formed a lot of opinions.
In my opinion, “A New Life” is far and away the best release ever from The Marshall Tucker Band. So this isn’t the stuff you’re used to hearing on the radio. That doesn’t mean it is not their best stuff. This may just be the perfect Southern rock album. Put this thing on, and believe me you are IN the Blue Ridge Mountains, just soakin’ it up.
An incredible release. A must for Tucker fans.

The Marshall Tucker Band scores another big one. I wouldn’t necessarily call “A New Life” a perfect album, but it’s an excellent one nonetheless. The songs are pure gold: they can eclipse most mainstream songs that are released in the new millennium. “A New Life” and “Southern Woman” are constant reminders of why Marshall Tucker is one of those bands that just dominates the world of Southern Rock. “Blue Ridge Mountain Sky” sounds slightly generic, but it’s still a great song overall. “Too Stubborn” has a few fusions of reggae (a music genre that I strongly detest), but it’s not really that bad, anyway. “Another Cruel Love” and “You Ain’t Foolin’ Me” are brilliant beyond belief, while “24 Hours at a Time” is fun and catchy. “Fly Eagle Fly” makes for a splendid closer for the album.
I really enjoy their self-titled debut album, and I’ve enjoyed this one just as much. This one could easily stomp on today’s mainstream junk. I’m so glad that I’ve stumbled upon Marshall Tucker a few months ago.