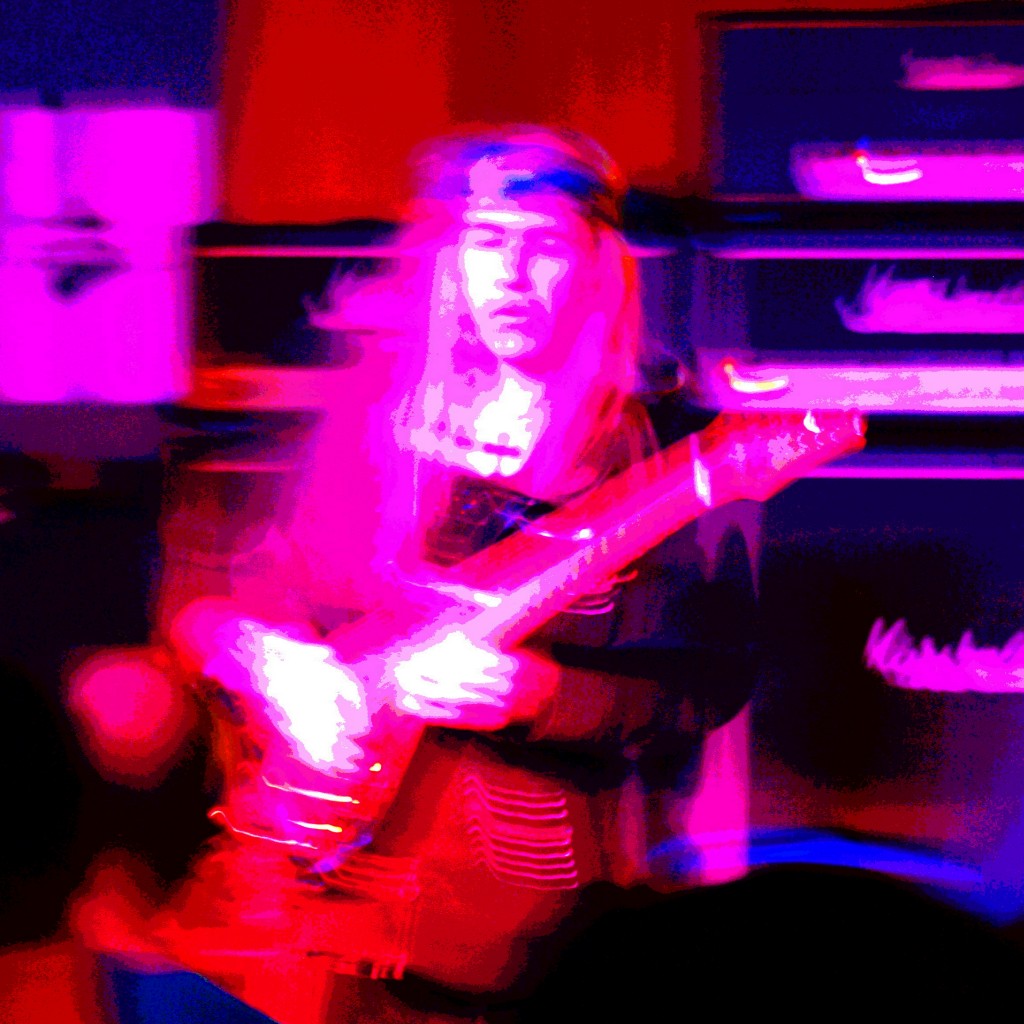 CLICK ON THE LINKS BELOW TO SEE MORE PHOTOS & ARTWORK OF ULI JON ROTH:
HUETTER, IDAHO 10-1-08

While Uli Jon Roth may not be a household name, Central Valley guitar enthusiasts gathered Tuesday night in droves at Exeter’s Orange Blossom Junction restaurant and events venue to witness his musical prowess. In true rock n’ roll style, Roth showed up late, but his fans were willing to wait.

“Uli is one of the greatest guitar players in the world,” Long said. Roth, previously the lead singer and songwriter for the ’80s rock band Scorpions, has had a long and varied career.

Following a stint as lead singer and songwriter with the Scorpions, Roth retreated from the music scene and explored different ways of using the guitar to make music, including playing seven string guitars in order to hit the highest notes. Roth has performed at the Orange Blossom before, most recently in 2008. That performance, while not a Hendrix tribute like Tuesday’s concert, also incorporated guitar riffs inspired by Roth’s favorite musical legend.

Roth strolled in casually one hour after the slated beginning of the show sporting a sequined black fanny pack, tight black pants, and a blazer and headband in bright red velvet holding back his long locks. Raucous applause and howls of appreciation greeted Roth’s arrival on stage.

Tuesday night’s show, called “In Celebration of Jimi Hendrix”, attracted a crowd of both Roth and Hendrix fans alike. The audience, while mainly made up of ’80s rock fans, incorporated people of all age groups. “We have people from 16 to 60 here to see Uli play,” Long said.

One of the people closer to 16 than 60 was his son, Christian Long, who attended with his friend Randall Shahan. Long – the younger – described his respect for Roth’s musical talents.

He described Roth’s prior performance as a mix between a “German war song” – in reference to Roth’s penchant for incorporating classical music from the likes of Wagner – and “serious hard rock.” When word got out that Roth had arrived, cries of “The King is here!” inspired an exodus of diners from the restaurant tables to the folding chairs set up around the stage. The audience, sitting closely crowded in a half circle around the small stage, were treated to an intimate, live experience as Roth sang and strummed on his electric guitar.

The sound of the guitar echoed warmly throughout the wooden building, as fans cheered and raved about Roth’s song selection. “This set is different [from my last performance] as you would expect from any self-respecting musician,” Roth said by way of introduction. “We’ll do some other songs too, but tonight is about Jimi Hendrix,” Roth added. His rendition of Hendrix’s lesser known “If Six was Nine” inspired a respectful silence as he sang throatily. But, when Roth dove into “All Along the Watchtower,” many members of the audience couldn’t help bouncing around in their chairs along to the catchy tune.

Even when Roth broke a guitar string, his band mates picked up the slack and entertained the audience with Hendrix melodies until the calamity was averted. As Roth returned to the stage, a full house held its breath to see what their musical icon would treat them to next. They weren’t disappointed.

CLICK ON THE LINKS BELOW TO SEE MORE PHOTOS & ARTWORK OF ULI JON ROTH:
HUETTER, IDAHO 10-1-08