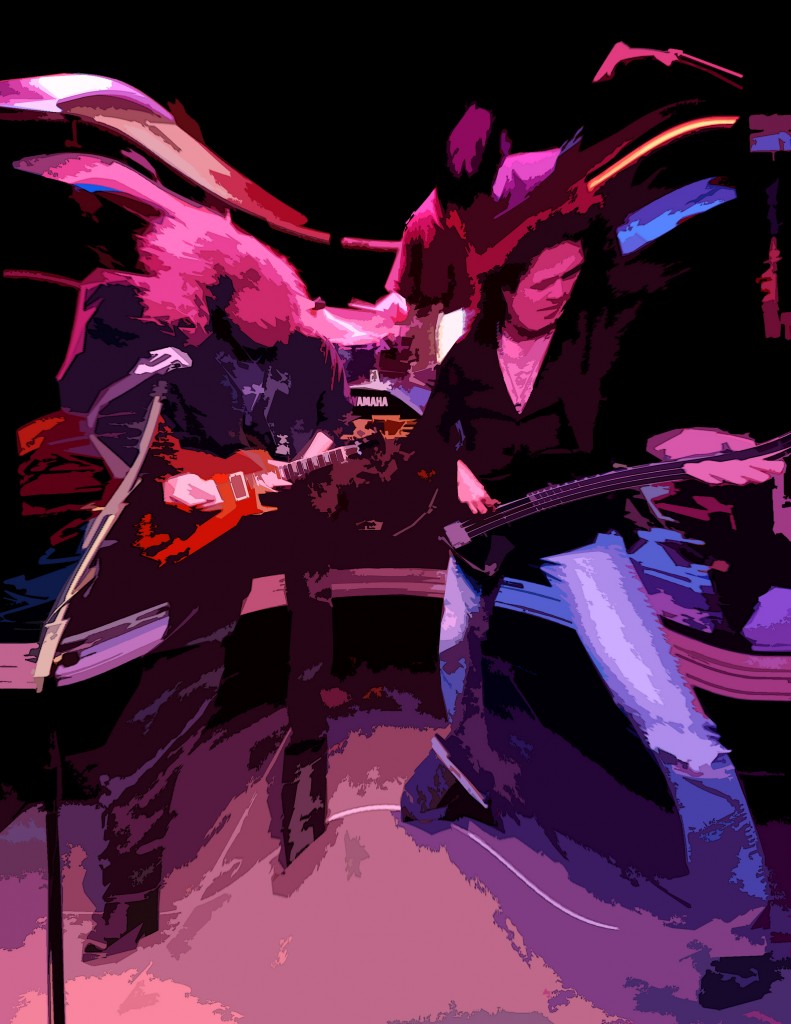 YESTERDAY & TODAY
“A BAND ON THE WAY UP”
BY KATHIE STASKA AND GEORGE MANGRUM
THE ARGUS
FREMONT, CALIFORNIA
JANUARY 24, 1975

A little over a year ago Yesterday and Today was just another East Bay rock quartet trying to find itself. Today it is one of the fastest rising rock bands in the area.

After they took a first place in last year’s Hayward Battle of The Bands at Chabot College things seemed to happen for this young hard rock group.

Y&T played several gigs in the East Bay. Then in the middle of last summer they went to Seattle to get their act together. They came back last fall much more polished and played clubs like the Tuckett Inn in Hayward. The next thing you know Yesterday & Today played Winterland twice and a New Year’s Eve concert with the Doobie Brothers at the Cow Palace. It is hard to believe that four can improve so much in a year’s time as a unit like they have.

Although the hard rockers have their roots in Hayward, they like to be considered an East Bay band because some of the members live in Oakland.

The new-East Bay Band played Winterland last Saturday night on the first Saturday sounds Of The City gig. The audience gave a bigger response to Yesterday and Today than the other two bands. Journey who have a new album coming out soon and Fever.

Although there were some sound problems it did not seem to bother Y&T, they cooked from the start to end and drew two encores from the large Winterland crowd. “It is like going home to play Winterland.” Haze said. “We are not all that familiar with it yet but it’s a fun place to play. “We sure owe Bill Graham a lot. He is one of the nicest guys I have ever met, and one of
the most together ones also.” says Haze.

Did Yesterday & Today ever think they would play Winterland as soon as they did in their young musical career?

“I did.” said Meniketti. “You have to have 100 per cent confidence and we do.” “To me it was a goal and now it is not a goal.” Alves said. “Now a goal for me is an album.” “The band does most of their own writing. That is a plus to any group if their material is good and Y&T’s is.

They have a good management firm in Spreadeagle (who takes care of business for the rock group Journey) and they have good people working with them right down the line from the road crew to their road manager Ken McMillian.

Haze tells the story of how Yesterday and Today got their name. “We were playing Treasure Island when they asked how we wanted to be billed. At the time I was listening to the Beatles album ‘Yesterday & Today’. I was on the phone trying to think of a good title and I looked over at the album cover and said Yeslerday & Today. That has been our name ever since.”
“A lot of bands pay their dues by playing a lot of local clubs. We wanted to stay away from that if we could because we don’t play club music. We paid our dues by playing high schools. Navy Clubs, apartment complexes and so on. We are better at larger places,” says Meniketti.

If Yesterday & Today improves in 1975 as much as they did in 1974 the East Bay is going to have a dynamite band. 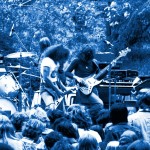